To share your memory on the wall of Anita Stewart, sign in using one of the following options:

Anita was born on July 2, 1947, in Toronto and spent her early years in Milliken, Ontario. Her father “Cliff” passed in 1955, and in 1959 she moved to Mount Forest, with her mother. She completed her B.A. majoring in Child Psychology at Wilfrid Laurier University. Later, she earned a M.A. in Gastronomy from the University of Adelaide, Australia.

“She promptly began putting her Child Psychology degree to work” (as she put it), giving birth to 4 boys between the years of 1970 - 1975.

Anita exemplified her mantra “Canada is food and the world is richer for it”, by exploring and promoting Canadian food culture, and by amplifying the voices of the Canadian food community. Though her focus was food, her mission and philosophy were to connect the people of this vast, diverse nation with the land and each other while actively promoting the growth and study of our distinctly Canadian food culture.
Anita was a long-time culinary journalist, food historian, Canadian food champion, self-described culinary activist and disruptor. As a founding member of the Elora Co-operative preschool, she helped create “The Juice and Cookies” cookbook, selling 500 copies. Her professional publishing career started with co-authoring The Farmers’ Market Cookbook with Jo Marie Powers. Before “local, regional, seasonal” was in vogue, Anita was visiting country inns, farmer’s markets, lighthouses and First Nations’ communities while engaging with Canada’s food leaders. She published 14 books and was an early social media pioneer, uniting Canadians digitally from their backyards with the creation of “The World’s Longest BBQ”, supporting Alberta farmers in reaction to the BSE crisis of 2003. This event evolved into Food Day Canada and is celebrated nationally every August.

Throughout Anita’s career, she received the Order of Canada, a long list of awards, and an honorary doctorate. Anita is the University of Guelph’s Food Laureate, making her the first person in the world to hold such a title as an advocate, leader and promoter of food initiatives. The Anita Stewart Alumni Food Lab at the University of Guelph has been recently named in her honour.

Anita’s spirit drove her to great professional heights, and her generosity, kindness, warmth and strength of character will be forever remembered by everyone.

The Stewart family would like to thank the Morris’s, Scott Taylor and Carolyn Sharp, Julia Christensen Hughes, Donna McCaw, the Gohn’s, the Whale’s, Brian Schmeler and Stacey Kanelos, the Rigby’s, the Fischer’s, Gwen Swick and Randall Coryell, Deb Reynolds, and many other friends and family. Thank you to the medical teams from Groves Memorial Hospital, Guelph General Hospital, and Juravinski Hospital, Hamilton. In lieu of flowers, donations would be appreciated to the “Anita Stewart Tribute Fund”, at the University of Guelph. http://uofg.convio.net/site/TR?fr_id=2358&pg=entry

A visitation will be held on Tuesday, November 3, 2020, at Graham A. Giddy Funeral Home, 37 Church St. Elora from 2:00 – 4:00 pm and 7:00 – 9:00 pm. To RSVP for the visitation please see https://www.grahamgiddyfh.com/memorials/anita-stewart/4377559/obituary.php . Masks are mandatory.
The family plans to organize a celebration of life in Elora, Ontario as well as a small private memorial at a later date on Vancouver Island, BC. She will be buried alongside her mother at the Mount Forest Cemetery in Mount Forest, Ontario.
Read Less

Receive notifications about information and event scheduling for Anita

We encourage you to share your most beloved memories of Anita here, so that the family and other loved ones can always see it. You can upload cherished photographs, or share your favorite stories, and can even comment on those shared by others.

Franco and Cosmina Vaccarino, Andrew Nixon, and other have sent flowers to the family of Anita Louise Stewart (Rogers).
Show you care by sending flowers

Posted Nov 16, 2020 at 06:09pm
I never had the honour of meeting Anita in person, but worked with her over the last couple of years through Food Day Canada through my work at the Tourism Industry Association of the Yukon. Thanks to Anita, the Yukon was put on the national food and culinary map and she always included the Yukon in her promotion of Canadian food. We have her to thank for that. The whole TIA Yukon team enjoyed working with her. In July when we were emailing back and forth about Food Day Canada she shared her pavlova recipe that I planned to make with local haskaps. I plan make this in Anita's honour. Our thoughts go out to her family and friends during this time.
Comment Share
Share via:

Posted Nov 12, 2020 at 03:16pm
I first met Anita over 20 years ago when we both sat on a planning committee for the grand opening of the newly renovated Food Science Building at the University of Guelph. Her passion for food, especially Canadian, and for life was enormous and contagious. We became good friends and spent so many fun times together but especially on our trip to the Azores were we explored, ate the most amazing food and laughed until our faces hurt. When Rickey and I moved to Vancouver several years ago we would see Anita when she was in town and a good time was always had. Anita’s passing was such a shock but we will remember her with love and be forever grateful that our paths converged. Margaret Timmins and Rickey Yada

Posted Nov 05, 2020 at 01:04pm
I spent a lot of time with Anita, photographing people, places and food all across Canada for 2 books and many magazine articles. We flew in helicopters, went on icebreakers and even made it out to the Hibernia oil rig. “ Boy you must know somebody important to get on this rig” someone said, and of course she did. I was amazed at her connections and the sheer number of people she knew right across the country. What a true privilege it has been to know and work with Her and witness her talent, enthusiasm, warmth and fun. Such passion and accomplishment is rare.
We will all miss this dear lady.
A big hug to all of you who loved her

Posted Nov 04, 2020 at 12:41pm
Dear Cousins Mark, Paul, Brad & Jeff,
My deepest sympathy on the passing of your mother. I was the ring bearer at your mom's wedding so many years ago, and have fond memories of that day. Her accomplishments and contributions were important and so much to be proud of. My thoughts and prayers are with you at this time.
Love, Paul Dungey
Comment Share
Share via:
LM

Posted Nov 04, 2020 at 08:09am
Our heartfelt condolences to Anita’s family. Such a loss, not only to her family and friends, but for the whole of Canada. Anita was passionate in her work to bring awareness for Food Day Canada. It was such a pleasure to play a small part in helping her light up the Country for the cause. We will miss her enthusiasm and excitement as each location came on board!. We are grateful to have known her and will treasure our library of her books, not only for the recipes but for the stories she collected across the country.
Rest In Peace, Anita and thank you for your friendship.
Linus and Pauline MacDonald
Comment Share
Share via: 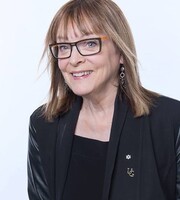 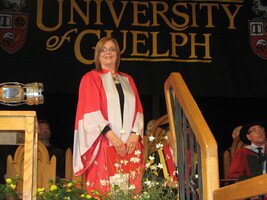 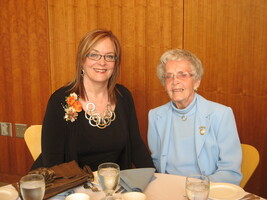 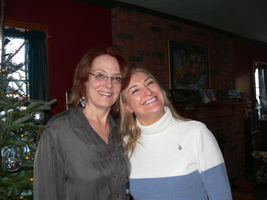